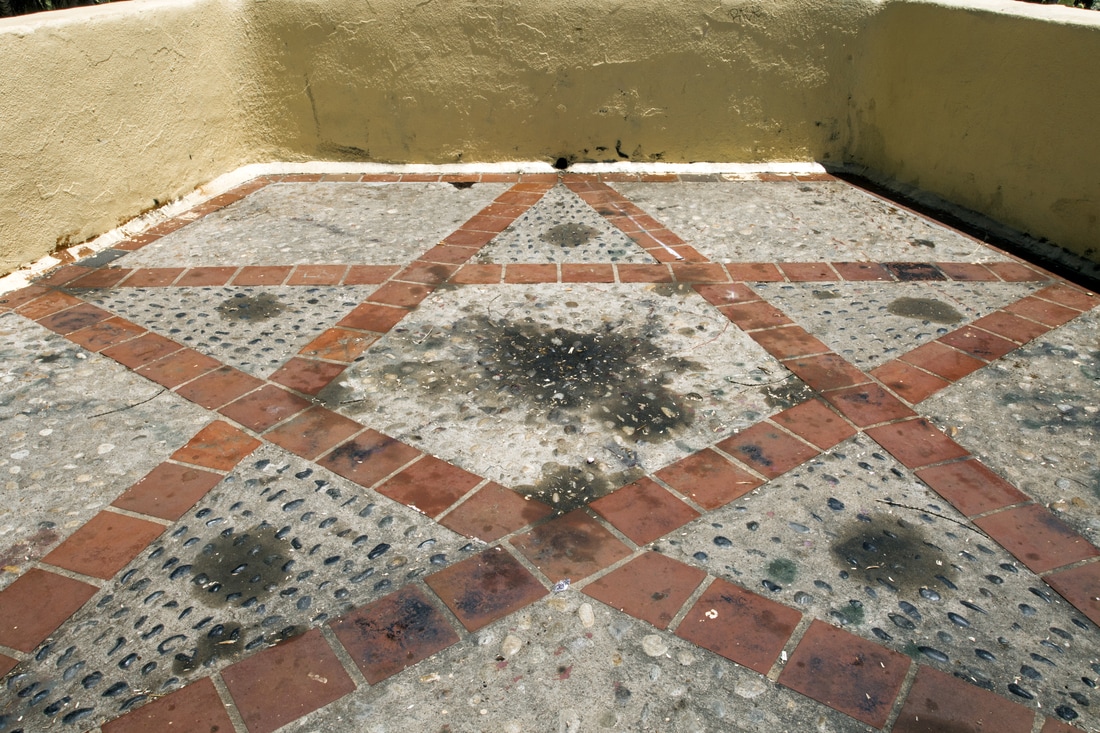 Climb the stairs to the top of The structure, there you will find a surprise, a pentagram set in a cobblestone and brick floor. The wax stains on the design hint that it has seen other uses than a floor.
A Small building next to the parking lot in Presidio Park, supposedly held  eight Americans lost during an Expedition arrived at the Presidio around 1828. They ask for provisions and horses so as to return home, Instead they were held as spies and imprisoned within this structure for some years, during the first year Sylvester Pattie died on March 7 1828. He is believed to be the first American to die in California.
Later The Tower was restored and The Cobblestone and Brick Pentagram was included along the way. This has led to The Knick Name The Witches Tower. 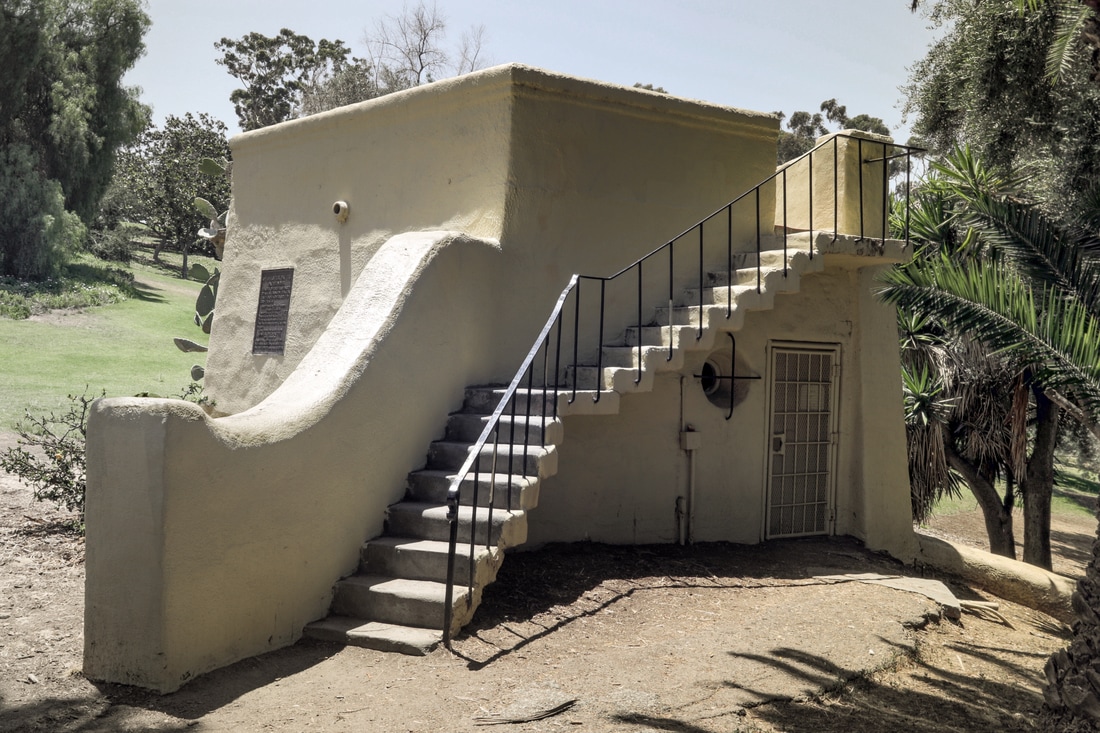