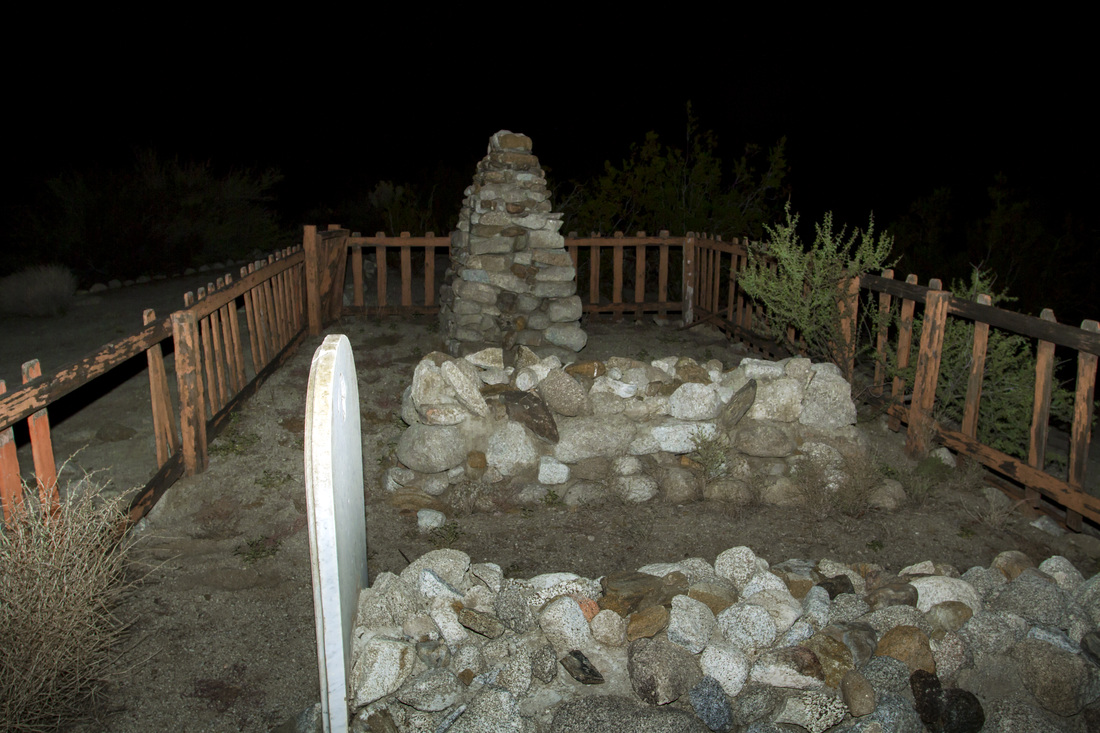 ​Back in 2012 we decided to go Hiking, but being Halloween we decided to camp at the Vallecitos Stage Station to celebrate .Halloween. We did all tht ghost hunting, photos and EVPs. Vallecitos is a place with many a ghost story, but for this photo we will talk about The White Lady. In the 1850s a women arrived in Valllecitos, she was on her way to Sacramento to meet her future husband, but fell ill on the way.Though she was tendered to, she died in The Vallecitos Stage Station and was buried in the graveplot on the grounds. She was buried in a wedding dress found in her luggage.Hers is the middle unmarked grave as there is some doubt to her identity. Now as the story goes her spirit wanders the grounds in her white dress.
The best part being October, was we were the only ones there.
Location Vallecitos Stage Station Campground, Anza Borrego Desert [Fee Site]
I apologize for not give out directions to most of my trips, trails change and I do not have the time to keep the site always updated. My hikes also span from the easy to the extreme, a lot of places do not even have trails, as well as extreme conditions. Some sites need to be protected as they are fragile and historically sensitive. So if you decide to hike some of these areas, do your research and know your limits, have the proper provisions .Every year many hikers die  from not understanding these Simple Rules. San Diego County and surrounding areas are diverse in climate and terrain. Remember if you do decide to Hike do your research, carry the essentials and do so at your own risk.  An alternative is to join one of the many hiking groups such as meetup or on facebook ,as well as other social sites. Not only is there safety in numbers but a pooling of knowledge.