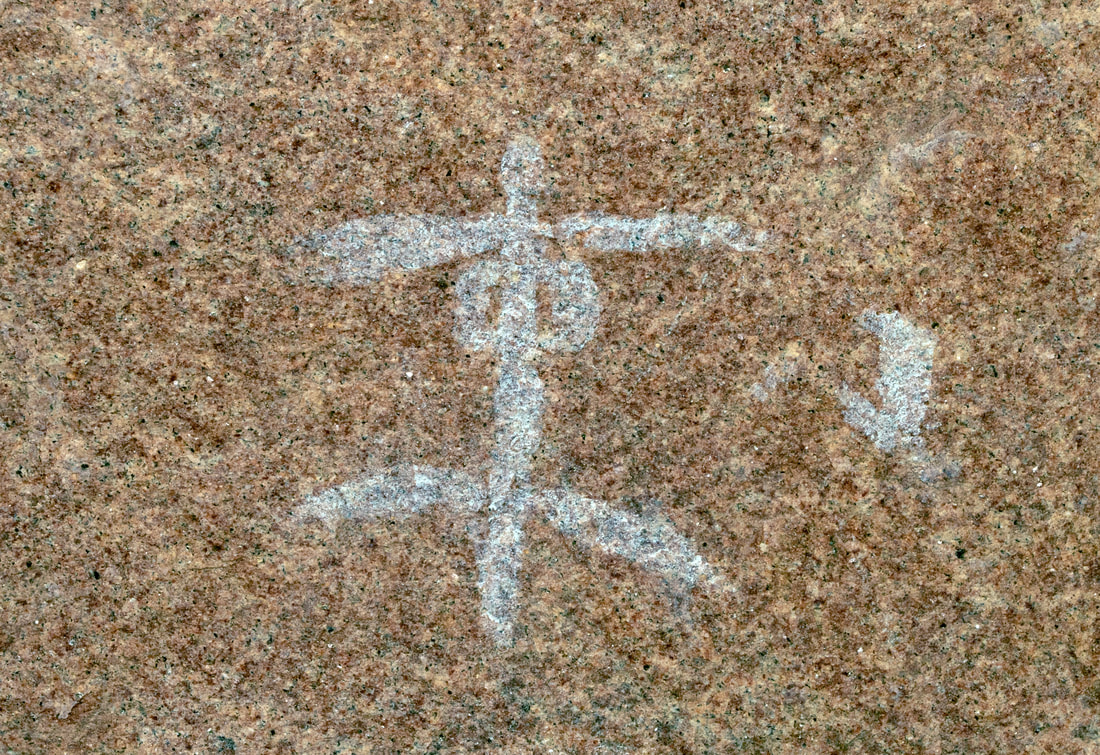 Have heard this called The Lizard or Lizardman. this has no basis on the original meaning of the Pictograph.
.
​Though this was a Desert Location and it was July 10th, with the Temp at least in the Upper 90s, I decided to take what I had gleaned from different sources and give a try on locating this site. Spent hours climbing through rocks and caves, finally finding it in a small cave with mortero in the floor and another anthropomorphic as well as several worn away  Pictographs. The Cat Claw in the area is a bit on The Ferocious side
A bonus on The Cave Floor the pestle for the Mortero still lay, the rounded cobble banged up on one end from use. 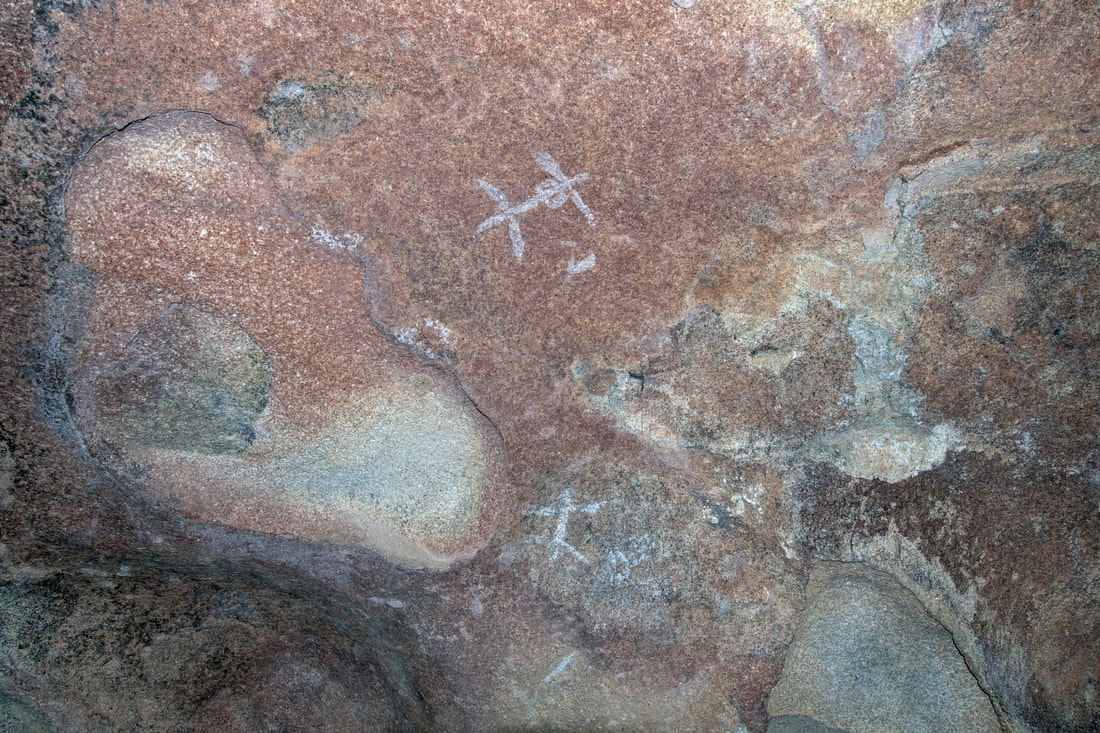 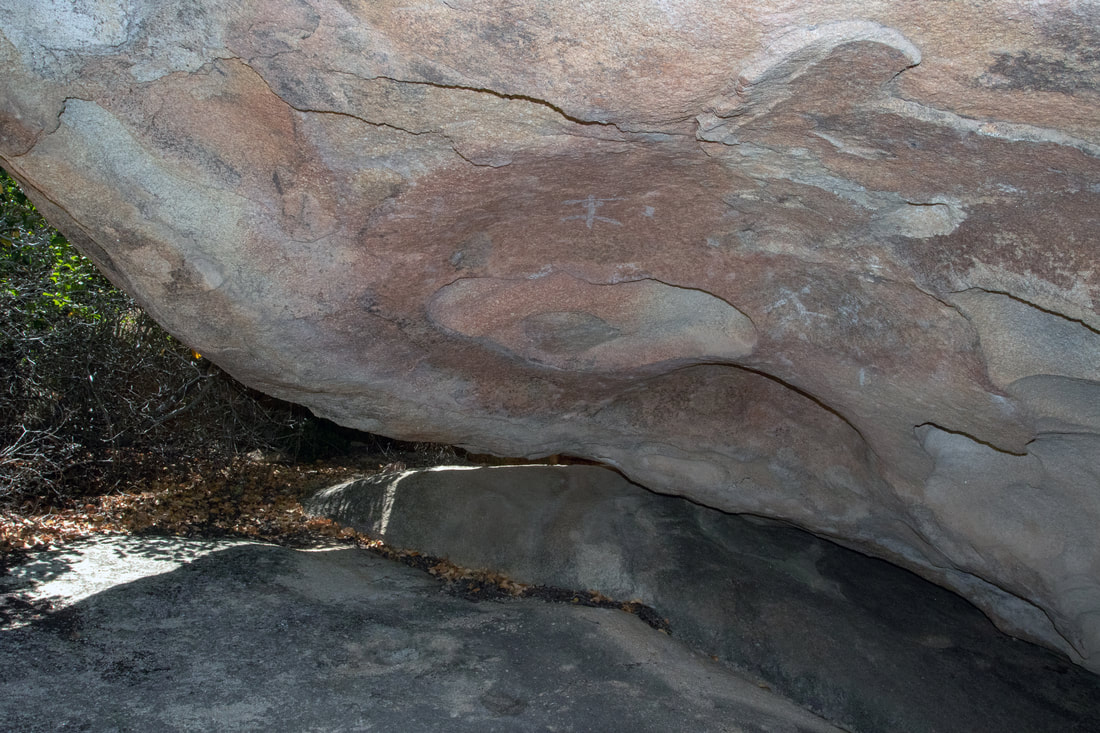 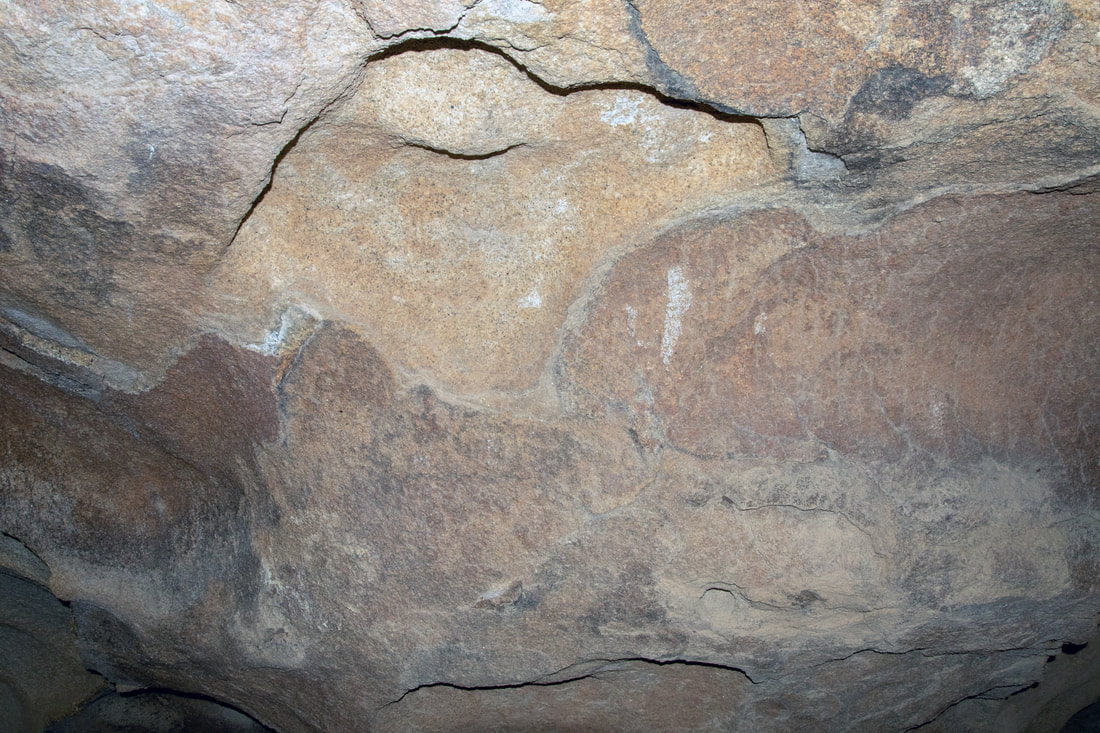