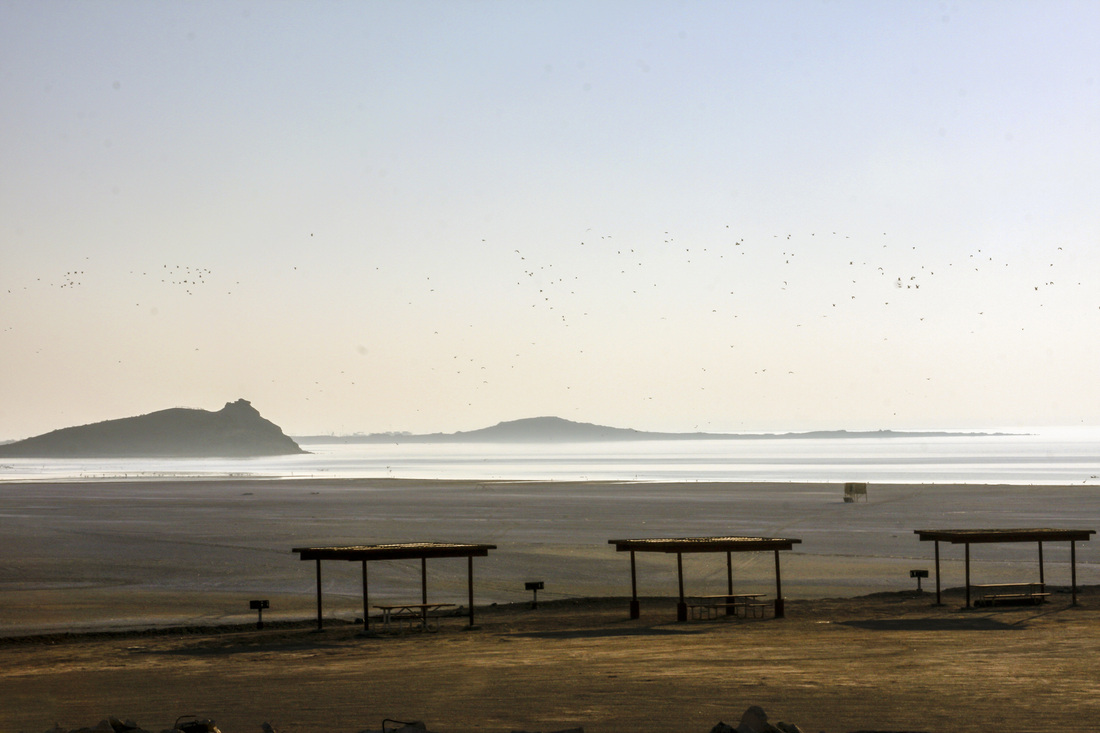 DIsclaimer: This site only shows the places we have visited. I will not be giving directions, we will not be responsible for any injury, death or damages . If you decide to visit these areas it is at your own risk.
The Salton Sea is a endorheic lake, meaning it takes in water but does not drain. The lake is located at the lowest point in the Salton Sink, situated in The Colorado Desert. It is below sea level, the deepest part of The Salton Sea is less than 2 meters higher than the lowest point in  The Death Valley. The sea was created in 1905 by a flood from The Colorado River, currently fed by 3 rivers and agricultural runoff, which causes a balance between no lake and current water levels.
In the past it has cycled between these two states, sometimes there would be a freshwater lakes of one or more. There are the remains of native american stone fish trap where there is no water today. Currently the salinity is now greater than the Ocean yet less than the Great Salt Lake in Utah
I apologize for not give out directions to most of my trips, trails change and I do not have the time to keep the site always updated. My hikes also span from the easy to the extreme, a lot of places do not even have trails, as well as extreme conditions. Some sites need to be protected as they are fragile and historically sensitive. So if you decide to hike some of these areas, do your research and know your limits, have the proper provisions .Every year many hikers die  from not understanding these Simple Rules. San Diego County and surrounding areas are diverse in climate and terrain. Remember if you do decide to Hike do your research, carry the essentials and do so at your own risk.  An alternative is to join one of the many hiking groups such as meetup or on facebook ,as well as other social sites. Not only is there safety in numbers but a pooling of knowledge.